Greetings Blessings and Peace to You!

This pose is depicted numerous times on the reliefs in most of the temples and often combined with making some sort of offering. What was worthy of such adoration to the ancient Kamitan aka Egyptian people you may be wondering? That which is “real.” 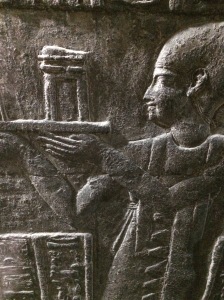 Lawrence Mathews (Anpu Waset), has studied the culture and philosophy (the “Mysteries”) of the ancient native peoples of the land called Kamit/Kmt (Egypt) by its inhabitants for the past 15 years under the guidance of Dr. Muata Ashby. Dr. Ashby is the author of over 70 books on the culture, philosophy, spirituality, and religion (the “Mysteries) of the ancient people of the land. Lawrence (Anpu) during this time through his Opening The Way Publishing Company, created the “Inspirational Philosophy” genre of writing and has published the following books:

Finally, he has created a three and six month “Know Thyself” e-course designed to provide one assistance with awakening to aspects of their personality currently believed to be “real” but is instead changeable. Beliefs that fetter and condition the personality while leading it to believe it’s free.

He believes that the purpose of life is to “Know Thyself” at the deepest level of our being by awakening to the answer of the question “Who Am I?” His products and programs assist others with achieving this purpose.

“The secrets of the universe cannot be discovered through study and research alone but the honest search for truth and the development of an incorruptible mind qualifies the seeker for higher instruction.”

“Make your life the subject of intense inquiry, in this way you will discover its goal, direction and destiny.”

Copyright © at 2019 Opening the Way Publishing. All Rights Reserved.