Now that the phenomenon of “Black Panther” has come, and still has not gone :-] (Wakanda Forever as the movie says), I write to those who now desire something more than a mythical movie experience depiction of an African great land to feel good about.

I write to those who desire to experience an “actual” African land whose people did deeds and created “actual” technology that far surpasses anything depicted in the mythical Wakanda. Technology that modern day science still cannot figure out. An “actual” nation that unlike Wakanda did not turn its back on its neighboring countries or the world but accepted people from all over the world into its Temples and Mystery schools and shared its knowledge of science, astronomy, art, music, chemistry, agriculture, theatre and much more!

This “actual” African land was called Kmt by its people and later Egypt by those who ruled it once it fell late in its history.

There is little debate that the area in the world today that has the largest concentration of historical sites in well preserved conditions exist in Kmt.  This is because in its day it was  “the actual” Wakanda whose entire land was filled with technologically advanced structures.

There’s still time to join us as we visit the “actual” Wakanda, Kmt, and explore its major sites when you will learn the answers to the following questions:

1.       What was meant by the phrase “Know Thyself” originated by the people of Ancient Kmt?

2.      What were “The Mysteries” and who was allowed entry into them?

5.      What was the actual reason that the Temples were constructed?

6.      Did the people really worship several gods? (were they polytheistic?)

7.    Did the Ancient Egyptians really enslave the Jews?

Most visit the sites of Kmt as tourists (one who knows little to nothing about the lifestyle and culture of the people let alone what the purpose of the Temple was). Tourists may also focus their attention on the discovery of who the people were that created the sites.

A small few visit the sites as initiates. These are current practitioners of the Mysteries who have resurrected the Ancient Practices for this day and time. They make visits to the sites, study the glyphs and engage in the practices provided in the glyphs being studied to achieve the goal the message that the glyphs are imparting. Because they are initiates they eat like initiates of ancient times, think like initiates did and today engage in the ancient initiatic practices. 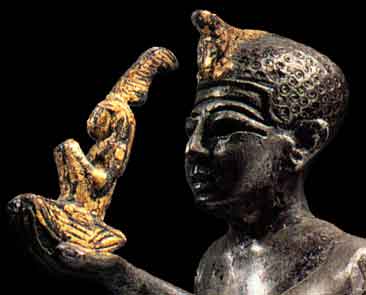 Our visit falls in the middle of the two above. We will be more than tourists as you will learn the lifestyle and culture of the people of ancient times. You will also be introduced to what the initiatic path was, why some chose it, its purpose and some of its practices without having to engage in them (those who would like to can and will be able to do so). This trip is an introduction to what the Initiatic path of Ancient Kmt was/is.

Looking forward to meeting you in the Land of the Pyramids in July 2019. The “Real” Wakanda!